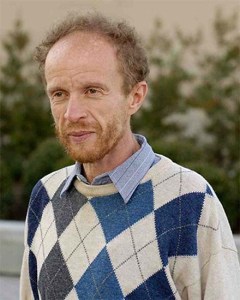 The National Academy of Sciences announced its new members May 3, and we’re delighted that Eugene V. Koonin, PhD, was elected to this prestigious organization.

Koonin earned a Master of Science and PhD in molecular biology from Moscow State University. He worked as a research scientist in computational biology, studying virus biochemistry and bacterial genetics, at the Institutes of Poliomyelitis and Microbiology at the USSR Academy of Medical Sciences. He joined NCBI in 1991 and became a senior investigator in 1996.

The US government established the National Academy of Sciences during the Civil War. One of its primary purposes was to cultivate science in the United States. Today’s Academy represents leaders in the basic and applied sciences, including engineering and medicine. Members are elected by their peers in recognition of distinguished achievement in their respective fields. Membership is one of the highest honors that can be conferred upon a US scientist.

The Academy is headquartered in Washington, DC, a few blocks from the White House. A 12-foot statue of Albert Einstein sits on the property along with this Einstein quote:

The right to search for truth implies also a duty; one must
not conceal any part of what one has recognized to be true.

To learn more about Koonin’s search for truth, we invite you to read about his work with CRISPR in the January/February 2016 issue of The NIH Catalyst.