The place was Philadelphia, which was at that time the nation’s capital. The city was thriving. And so was a dangerous disease called yellow fever.

Secretary of the Treasury Alexander Hamilton would contract it. As would the prominent physician and founding father Benjamin Rush. George Washington didn’t get it. He fled the city.

Because so many fled, many of the people most instrumental in caring for the afflicted and burying the dead were African Americans.

Now, at the same time that Americans have rediscovered Hamilton through a bestselling autobiography and a sell-out Broadway show, the story of the 1793 yellow fever epidemic in Philadelphia needs retelling.

And who better to tell it than the National Library of Medicine?

“History Has Its Eyes on You”

On Hamilton’s birthday, January 11, NLM will debut “Politics of Yellow Fever in Alexander Hamilton’s America” with a website and a display in the History of Medicine reading room.

The exhibition explores how the medical community helped shape the response to the 1793 epidemic in Philadelphia, which killed 15 percent of the population. 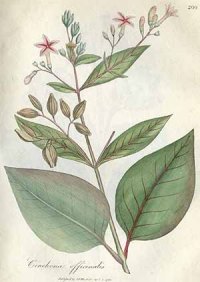 The bark of the Cinchona tree, a source of quinine, was the bark in the bark and wine cure.

Yellow fever causes a high fever, black vomit (a result from bleeding in the stomach), and jaundice (a yellowing of the skin from which the disease gets its name).

When the disease arrived in Philadelphia in 1793, the country faced its first major public health crisis.

Many people gathered in Philadelphia tried to treat the disease and save lives, but they couldn’t agree on the best approach.

“Benjamin Rush, the most prominent physician of the day, published widely on the epidemic,” said Ashley Bowen, PhD, a guest curator in the exhibition program at NLM. “Rush’s new experimental treatment was bleeding and purging. He thought that bloodletting would lessen your capacity to have yellow fever.”

Rush used high doses of mercury to purge his patients.

Hamilton, a prominent political figure, took another approach. “He followed what was called the ‘bark and wine cure,’ sometimes called the gentle cure or the West Indian treatment. That was quinine bark—which won’t help with yellow fever, although it does help with malaria, so I can understand why they made those connections—and diluted Madeira wine,” said Bowen. “On balance, the treatment plan that Hamilton subscribed to was probably better, if for no other reason than you’re not losing blood and ingesting toxic amounts of mercury.”

Needless to say, neither treatment was effective.

What is causing this mysterious disease?

In 1793, arguments about what caused this epidemic were played out in public through lengthy newspaper stories.

Both men looked to the wharf as the source of the problem. “Rush pointed to local causes. He identified a shipment of rotten coffee beans abandoned at the wharf as the source,” said Bowen. “Hamilton thought the disease was imported by white French refugees fleeing the Haitian revolution in the Caribbean.” The irony isn’t lost on Bowen that Hamilton was himself an immigrant from the Caribbean. 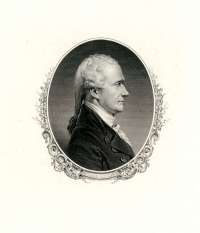 “Hamilton wanted to limit immigration and institute a quarantine, which would have impacted commerce,” said Bowen. “Rush supported cleaning the city.”

They didn’t have much time.

Something needed to be done for the city’s residents and to help protect Philadelphia’s reputation.

“This was a sensitive moment for the new nation. They didn’t want to suggest that Philadelphia wasn’t a healthy place for the nation’s capital or that the republic itself was diseased,” explained Bowen.

The mayor called together a committee that organized relief efforts.

Known simply as “The Committee,” the group raised funds and gathered supplies. Some people in other towns even sent live chickens to feed people.

The city needed all the help it could get.

Getting the Job Done

That summer, thousands of people fled the diseased city. If you could afford to leave, you did. 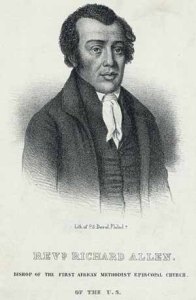 Who was left in Philadelphia to clean and care for the sick?

The Committee coordinated the efforts, while two leading African American ministers, Absalom Jones and Richard Allen, coordinated the relief workers from their congregations. “Jones and Allen worked with the Committee but were not listed as members or included in the decision-making process,” said Bowen.

African Americans not only bled patients under Rush’s supervision, they drove carts, helped with sanitation efforts, dug graves, and more. Their efforts weren’t recognized with thanks or praise. In fact, white citizens described their work as “extortionist” and accused them of profiteering off a catastrophe.

In their book A Narrative of the Proceedings of the Black People, during the Late Awful Calamity in Philadelphia, in the Year 1793, Jones and Allen explain their part in the relief efforts. They wrote:

After some conversation, we found a freedom to go forth, confiding in him who can preserve in the midst of a burning fiery furnace, sensible that it was our duty to do all the good we could to our suffering fellow mortals. We set out to see where we could be useful.

“We have an embarrassment of riches related to this story,” says Bowen.

Within the Library’s collection are the book by Jones and Allen and an original signed letter from Rush to his sister written during the epidemic. In that letter, Rush admits to recovering from an attack of yellow fever and shares news of 190 new graves dug in the Catholic church yard.

Both the letter and the book will be on display as part of the exhibition. 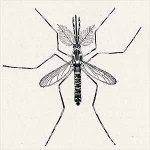 Visit the Library’s History of Medicine Division at the National Institutes of Health in Bethesda, Maryland, where the exhibition will be on display until May 22, 2019. There you’ll see historical documents on yellow fever dating from the 1793 epidemic in Philadelphia until the early 20th century, when US Army Major Walter Reed confirmed the mosquito theory of transmission (a theory originally hypothesized by Cuban physician Carlos Juan Finlay). In addition to Hamilton’s letter and the Jones and Allen book, dozens of artifacts help tell the story.

And, of course, there’s a website where it happens, too.

NLM in Focus is a product of the NLM Office of Communications and Public Liaison. You’re invited to subscribe to receive word of future articles. We welcome your comments, likes, and shares.

3 thoughts on “Hamilton and Yellow Fever: The Library Where It Happens”